that’s just the way it goes

in love and life

but at cathedral cove

it was really hard to be alone

That no one else would ever take her place, the widower had sworn. He had done so in front of the church and for all to hear. At least those who could understand the stammering of the heartbroken man. “Our house will forever be too big from now on,” he had said, and whilst doing so he had moved almost everybody to tears.

She, on the other hand, pretty much single by nature, had lost count of all of the lonely years she had survived. But she never lost hope. Somewhere out there in the world there was someone for her to love. Someone to love her back. Sometimes it seemed as if she was about to explode with love: so much she had kept in, so much she had to give.

Maybe, just maybe, she desired sometimes on the streetcar: maybe he is the one for me, that charming man over there. Every day he gave up his seat, with a friendly and inviting gesture, to an old lady going God-knows-where, and clung himself to a bar strap instead. Balancing, and at the mercy of the operator.

Every now and then he slid his eyes over the angelic being.

Often, she had to blow her hair out of her eyes whilst reading. Sometimes that didn’t help at all. Then she had to curl it around two fingers and tuck the tress behind one ear. Good to go for a few pages more.

Sometimes she looked up. Ever so briefly, before losing herself in one of her books again.

Sporadically eyes met. He always looked away. He always tried not to look. He didn’t want to stare. And had he not solemnly pledged to stay alone the rest of is life? And even though she sat there, chillingly beautiful, beauty is never indulgence for grief, he figured.

She loved how the meeting of gazes rendered him red around the cheeks, and how he always looked away seconds late. In a world in which one always had to be wary, she saw right through him, and had found nothing but uncertainty and a kind heart. Some devastation too.

For a while now she had been going about her business with an oversized handbag, way too big for just one book and a day at the office. She had a plan. And that day she deemed the stars finally favourable.

So far she had succeeded in sitting next to her bag all by herself. And when a teenager had laid eyes on the not so vacant seat, she felt confident enough to scare him away: “Sorry, lad, not yours for the taking.”

And the teenager, deprived of some extra sleep and his sense of honour had asked: ‘Whose  is it then, and who put you in charge of the streetcar?”

And she pointed at the man who just had offered his seat to an old lady going God-knows-where. “His.“

The man looked up, and saw how she gestured that there was a vacant seat next to her. Oh, there you have it again that feeling, he thought, heart racing down his throat and a strange sensation in the lower abdomen. Before he could look away she beckoned him again.

He put his newspaper in the armpit, made himself as thin as possible and headed towards the angel.

I‘ll just tell her how beautiful she is, he told himself, unaware of a certain someone contemplating revenge.

Hate driven the teenager lifted his foot just, just when the streetcar started taking up speed. The man stumbled, slipped and fell. Face forward. On her lap.“Oh, crap,” she heard him stammer.

His hands felt each of her breasts, when he tried to get up. Clumsily grabbing for something to hold on to.

“Oh, no,” he shook his head, when he became most aware of the delicate matter he got himself involved in.

How was he to know that she didn’t mind at all? She loved the scent he carried with him. It reminded her of the soap she used when she was still a little girl. She felt overwhelmed and week on the inside. Ran her fingers through his hear, she dared not, but she would have loved to.

The streetcar ground to a halt, to let some more people on. The man hastily jumped of, shouting out how sorry he was. Leaving his newspaper on her lap.

“#MeToo,” the headline kept screaming. And on the same page a very sick individual had felt the need to divide the world in two. Shit holes and great countries.

Full of newly found self-esteem the teenager tapped her on the shoulder.

“That seat no longer taken, I assume! ‘

“No it isn’t,” she replied grumpily: ‘ but I’ll scratch out your eyes if you dare take it! ”

To point out that she wasn’t joking, she gave the seat next to her three encouraging pats.

The man was never to be seen again. But she still takes the streetcar to the office. Hoping for a second chance one day. And because no one else does (anymore), she always offers her seat to that old lady going God-knows-where . 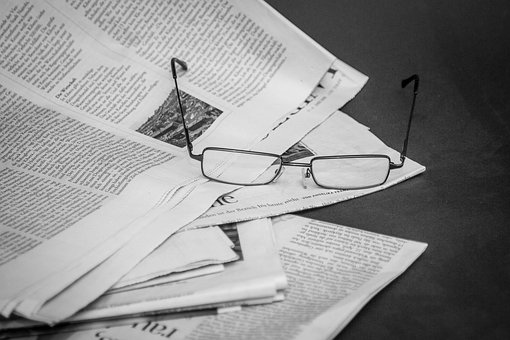 He folded news and reading glasses

And pretty damn sure

That they had kissed before.

In this universe that shouldn’t exist

He had felt Helena’s lips.

Tired he leaned back

Trying to grasp the math

‘Believing we did once met

Is by far the safer bet.’

He closed his eyes

And  wished some more

As he had done squared times before.